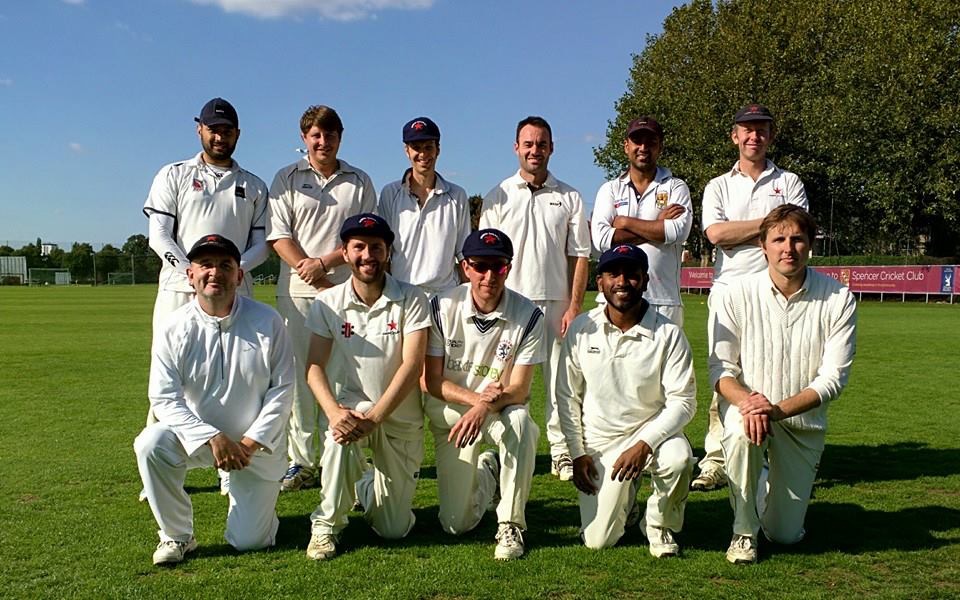 Our origins are that in 1992 we established the side as the Department of Energy Cricket Club, but with the merger of the Energy Department into the Trade and Industry Department, we became ‘Energy in Exile’, or Energy Exiles.

The club is affiliated to the DTISSA and the Club Cricket Conference. Our home ground used to be the Civil Service Sports Ground in Chiswick, but we play all of our home games at the various grounds within Merton Council these days.

For the start of the 2022 season, batsman Bernard Leuvennink resumes his captaincy stint, following a successful 4 year period under Chris Plume. Club record run scorers at the end of 2021 are Keith Roberts with 6,925 and Mark Bradshaw with 5,527; leading wicket-takers are Andrew Wingfield with 378 and Naren Patel with 360.

In previous years we have organised annual tours in August – to Lincolnshire and the Yorkshire Dales most recently. We also net each Spring in the indoor school at Lords or the Oval.

At all times, our players keep in mind the club motto, “What would Jeff do?” – club members voted for the official motto in 2005 – it is derived from the teachings and deeds of fast bowler, poet and philosopher, Jeff Hilson.

We strongly recognise that the team must “never stand still” and as such are particularly keen to encourage new players to the team. While we like to win, we will always find a place for a keen new member, whatever his (or indeed her) ability. The important thing is to have an enjoyable Sunday! If you would like to request to join the club, please send an email to Energy Exiles CC; furthermore members can subscribe to the Energy Exiles e-group to receive club emails, etc.